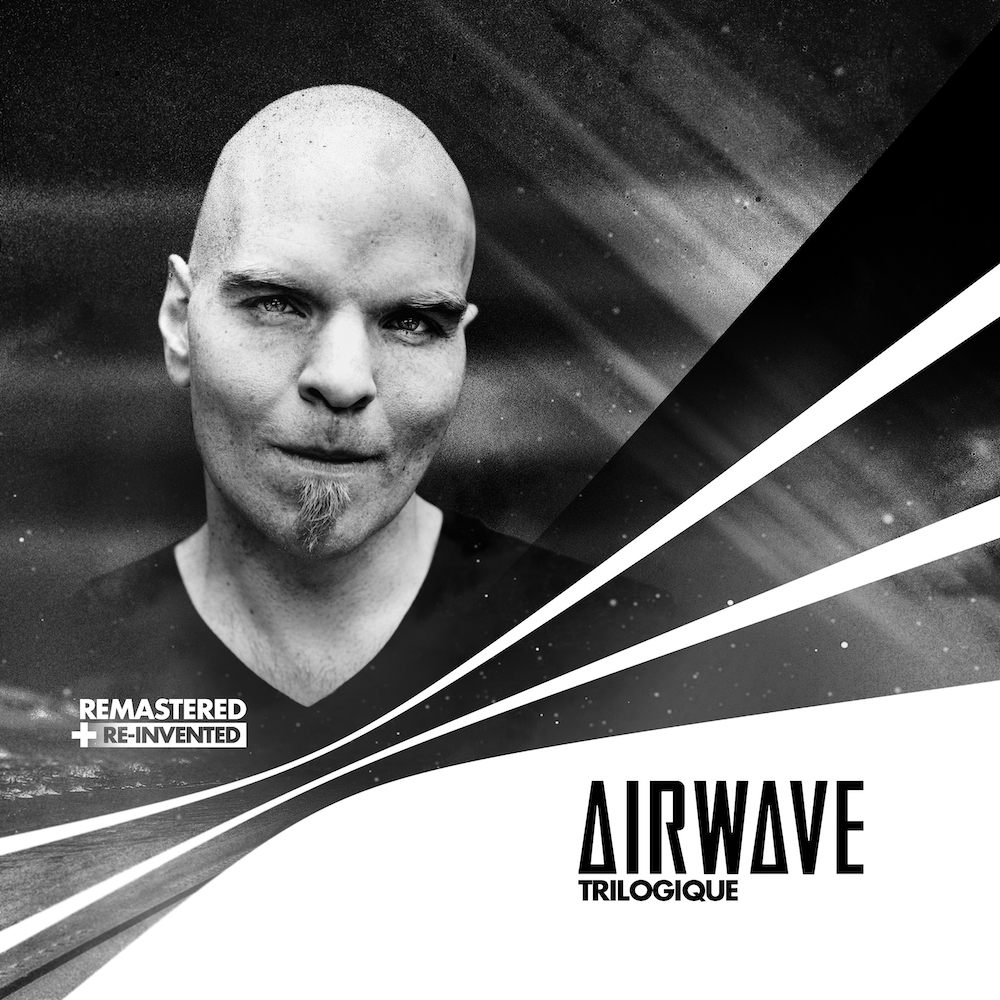 The legendary album from 2006 has been released (06.11.2020) on physical format once again, sporting new mastering and a fourth disc,
with 11 all new interpretations, created by Laurent Véronnez himself. This is a limited edition release, so act fast, if you're interested!

This was an album I long wanted to add to my collection, but the physical copies were long not sold anymore.
As you could imagine, I was very glad when Airwave had announced that Trilogique Re-Imagined, featuring the original 3 + 1 new CD,
was heading our way!


My digipack docked home on the release day, I promptly unpacked and inserted the first disc into my PC's drive.
The tracklist follows the original release from 2006 plus there are bonus tracks, all content has gotten a new audio mastering.
I quickly realised they have done a great job with it. My Mackie MR8 Studio monitors, hide nothing from listener's ears and it
honestly was a delightful listening experience.
It is a very warm, dynamic, almost Vinyl like sound, whilst retaining all the details, the original production portrayed.
The lovely transitions and progression on the first CD make it a proper journey! Melodies ride the beats so gracefully, like the rider his horse…


Disc two is more of a club sound, compared to the first part, it's harder and more raw.
My favorites from that one are Appletonz, the funky, driving Breaks track and Buzzer with its gorgeous, almost Didgeridoo sounding main lead.
It's full of hypnotizing, driving atmospheres and the last three tracks are getting harder and techier, with the last title of the CD, Ping Pong, being
almost a full on Industrial vibe.
Really cool, how the LP is split into chunks, this second CD being a significant change in mood, having clearly been built with a different purpose.
Collaboration wise, there's just one, compared to the 4 collaborations on the preceding disc.


CD 3 enters the realm of calmness and meditation, yet another side of his eclectic concept.
I lay down on my bed, to close the world out and only perceive those sounds.
Bellywood, Gong Zu, the title track Trilogique... I got Beam(ed) up to a different world, isolated from my 4 walls.
The synths here, have such a penetrating, absorbing effect to them,
getting lost in the music is inevitable with these sounds! I could sense, this is an authentic expression, a labor of love and passion.
He has made those synths 'speak', with depth and meaning, telling us a personal story.
As it came to an end after three bonus tracks, I was supposed to eject the CD and insert the last of the 4 parts.
I proceeded to eject the CD, then carefully took it out of the tray… Only to put it back there again…
This was so good, I had to listen again. Which by the way, is something I have never done before when listening to an album.

Feeling like a spoiled kid , I set out to discover the new, Re-Invented tracks of the last quarter.
Promptly, I was served with a healthy amount of Techno beats, piloting melodies from 11 titles, selected from the original Trilogique release.
Evolution of an artist, led to a different interpretation of his older work.
Through this part, Sunday Break and Buzzer have impacted me the strongest.
The first of these two, is clearly a nod to the modern Mr JMJ, while in its original form, it's a nod to the older Jarre' sound.
Some melodies sweep through the deeper self, my thoughts go to the Universe in music, me in the Universe, The Universe in me...
Purification, a perspective beyond our daily bits and tits, just me in this great vastness of space and itself projecting inside me.


Upon listening, I appreciated the musical variety of sounds, Laurent had served on this album.
Those of you who are relatively new to the Trance scene, also House and Techno, I claim to you that this is an album seen as legendary, classic,
in the history of the scene.

If you'd like to learn, or refresh your memory, I invite you to have a peek at the Discogs profile of Laurent Véronnez - link
Look at the amount of aliases and releases this man has under his belt. This is something that's easily overlooked, taken for granted.
If this all would never have been created, had he never existed, I am certain the Dance music scene would differ to a large amount.
Like our Universe would never be the same, had the Milky Way galaxy never come to life.


Thank you Airwave and Bonzai Music for the creation and release of this masterpiece!