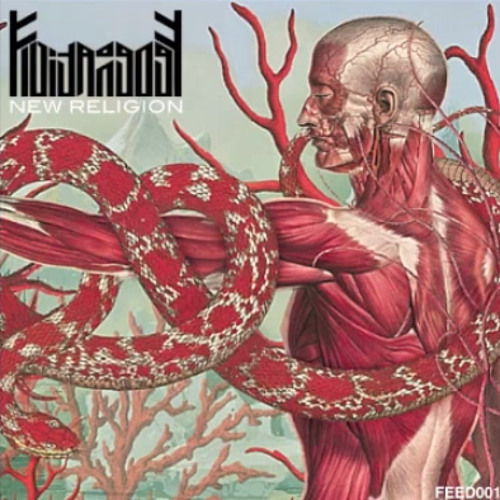 WAR IS PEACE / FREEDOM IS SLAVERY / YOUR GOD IS YOUR GOVERNMENT / EXEMPT FROM MORALITY.

Witchy guitars duel with itinerant synths over a throbbing BLACK TRANCE beat. A thick white line in the slate, sieving out the posers one by one.

Serbia's MANMACHINE completes the package with two production heavy mixes. The first is a twisting Psy-Techno referb - consistently mutating, full of surprises - while the second is a chunky, heads down club dub.

It's Goa via Norway on the back of a Dragonfly, Billy Idol fronting Ministry on a Dutch Church burning rampage with Eurythmics - A Desecration of Trance.

Couldn't post all six samples because there's apparently a limit of five of these per post. As for why I posted two covers, I distinctly remember the first one being used in the promo of the track way back when. The second is more in line with the later designs on Feed The Moth, so I think it was swapped at one point.