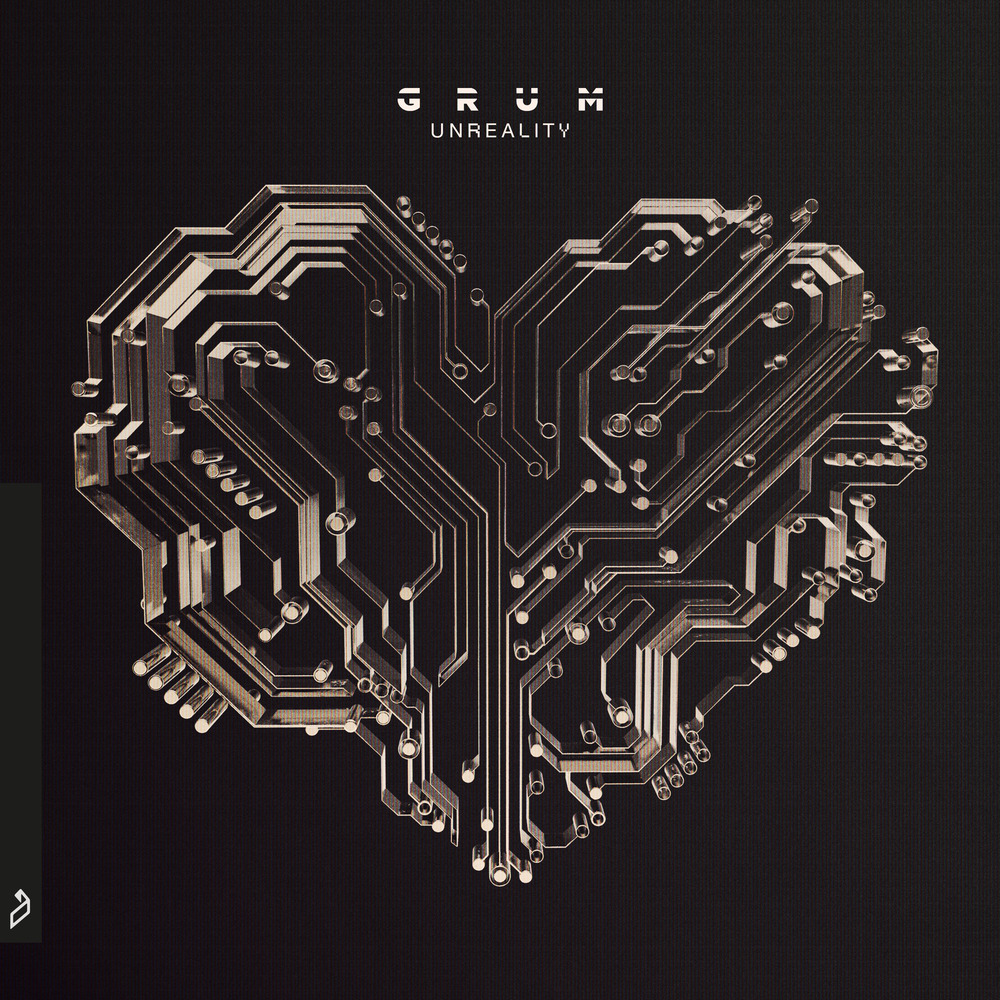 “This is about remembering our humanity, which perhaps we lost a little bit over the last couple of years - maybe we can get a bit of it back in the dark, under some strobe lights.”

There’s a considered and conscientious edge to every record that comes from the studio of Graeme Shepherd, a.k.a. Grum. Strip away the club exterior and you will find a nuanced, sometimes provocative, message that asks us to challenge our outlook on the world.

‘Unreality’, Grum’s fourth studio album, is his most reflective work to date, putting human connection in the digital age under the microscope.

“Based near Glasgow, Scotland where I had to spend a lot of time by myself. I watched, alone, as world events unfolded and I think that has funnelled itself into the music somewhat.”

The visceral nature of Graeme’s work has been present since his debut LP ‘Heartbeats’. A feel good, get up and dance record championed by Annie Mac and Pete Tong in the early 2010s, Grum was a product of the blog era, riding the heights of Hype Machine with his synth heavy sound.

As he pivoted towards the dance floor, both his sound, and the stories he wanted to tell, became more daring.

‘Shout’, his cover of the Tears For Fears classic, was a prog house protest anthem that foreshadowed 2019’s ‘Deep State’ LP - an underground epic with an undercurrent of discontent, evident in the acid-tinged ‘Stay’, Depeche Mode-esque ‘Lose Control’ or hypnotic ‘Altered State’.

The world of Deep State has grown. Today, it’s the name of Grum’s independent record label, and is a home for the heads down, club-orientated music that Graeme spins in his live sets. The Deep State sound can be heard from the intimate corners of fabric in London, to the grandiose festival stages of Tomorrowland, Creamfields, Electric Daisy Carnival and Dreamstate where Grum’s imprint hosted its first label stage in 2021. Able to join the dots between Rüfüs Du Sol, Armin and Kolsch, it’s easy to see why Above & Beyond describe him as a dream act to play with. It’s on those dance floors where ‘Unreality’ comes into its own. A story in two halves, the album is introspective, ideas-driven and song heavy, holding a mirror to Graeme’s own emotional journey over the last two years.

“The first half mostly came about in the summer of 2020. With all that time on my hands, and as a form of therapy, I started rediscovering a lot of 80s music I loved and hadn’t listened to for a long time. This turned into doing special 80s livestreams to connect with my fans. There is definitely a bit of longing here for simpler and happier times.”

There’s an undeniable festival feeling to ‘Don’t Look Down’ and ‘Taking Over Me’, written alongside regular collaborator Natalie Shay, a rising star of the U.K. indie-pop scene. ‘Faded Memory’ and ‘Come Alive’, both featuring Sarah Appel, are a synth-heavy shot of adrenalin, channelling the glossy optimism of 1980s pop in a punchy contemporary production.

“The second half of the album has a darker, apocalypse rave feel to it”; ‘Last Light’ providing the cinematic, sun setting transition between day and night on the album.

Here, another recognisable voice, Dom Youdan, enters the fold. Having previously worked with Grum on singles ‘Tomorrow’ and ‘Invisible’, there’s a tangible yearning for deeper human connection in ‘Bring The Horizon’ and ‘Virtual Companion’. Lead single ‘Disconnected’, featuring Daniel Sealine, is designed for the darkest corners of a club; techno infused helter-skelter ride with Daniel’s vocal bursting out of the shadows.

We close with a moment of hope in ‘Look To The Light’, Graeme’s first vocal performance on a record, and the introspective acceptance of ‘Our Cosmic Insignificance’.

‘Unreality’ is released via Anjunabeats on June 24, with vinyl available to pre-order on the Anjuna Music Store now.

Grum embarks on phase one of his ‘Unreality’ tour this summer, with 18 dates across North America including; San Francisco, Las Vegas, Chicago, Toronto and more. Tickets on sale from April 11 at GRUM · UNREALITY ALBUM TOUR
Click to expand...

Should be a good album this. I'm liking Disconnected so far!
Reactions: Tievb21

Always look forward for Grum’s productions as I always find something I enjoy about his unique style and sounds, I thought his album Human Touch last year was good and I got out 3 tracks that I still listen to this day which are Tears, Sunrise and The Theme. That said, I am not quite feeling the single for this one, vocals are too cheesy, still looking forward to the whole thing although by looking at the amount of feats I don’t think it’ll be that good.

Will be interested to check it out. Liked a lot of the tracks on his album on JOOF 'Deep State', especially Stay. Hoping this one an Anjuna can still retain some of the balls that album had. Agree though that its always a bad sign when so many feats are present.

Grum is one of the Anjuna musicians I'm looking forward to listening to. I hope this album comes out well. However, I did not enjoy "Grum feat. Sealine-Disconnected." I'm hoping the rest of the tracks aren't as terrible as this one.
M


Hensmon said:
Will be interested to check it out. Liked a lot of the tracks on his album on JOOF 'Deep State', especially Stay. Hoping this one an Anjuna can still retain some of the balls that album had. Agree though that its always a bad sign when so many feats are present.
Click to expand...