I was just looking up Ivan the Terrible on Wiki (because of a Epic Rap Battles of History video haha), and stumbled upon a painting of him, holding his dead son in his arms in desperation, after killing him moments before. What struck me the most were his eyes. It's almost as if, in that moment, he became aware of how terrible he really is. Just look at it.

(Note: I will post slightly downsized images because of the forum limitations, but I'll include the title, author and year(s), so you can look them up easily.) 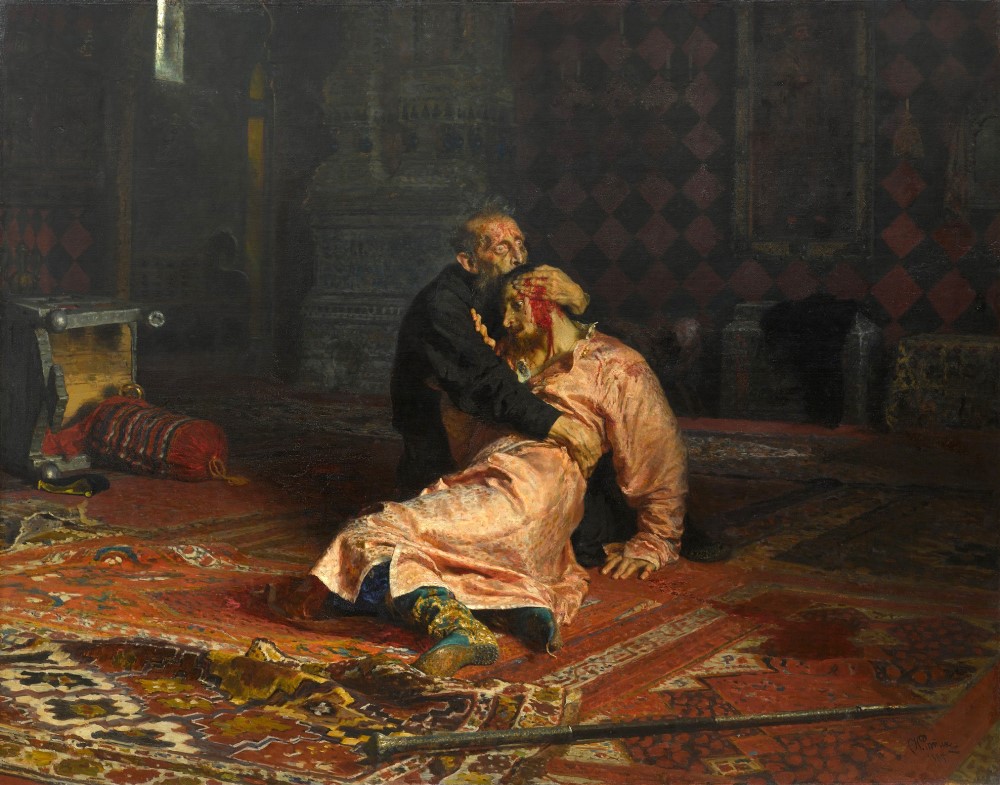 Next up is probably the, at the same time, most awful and incredible painting I have ever seen. It appears in Dostoevsky's The Idiot (and that's how I have found about it), but you absolutely don't have to read the book to get this painting. It is immediately apparent upon seeing it. I mean, here's THE human ideal, the God himself, the Lord, the saviour...and just look at him! Another dead, lifeless, putrefying human. I'm not even religious but it strikes me.

The painting is actually 1:1; the lower part of the picture is just to provide a better view of the head and torso.

What are your favourite paintings? What strikes you the most about them?
Reactions: Katadunkass, Hensmon and BladeRunner_

Here are some video essays that analyze and help learn how to understand paintings. 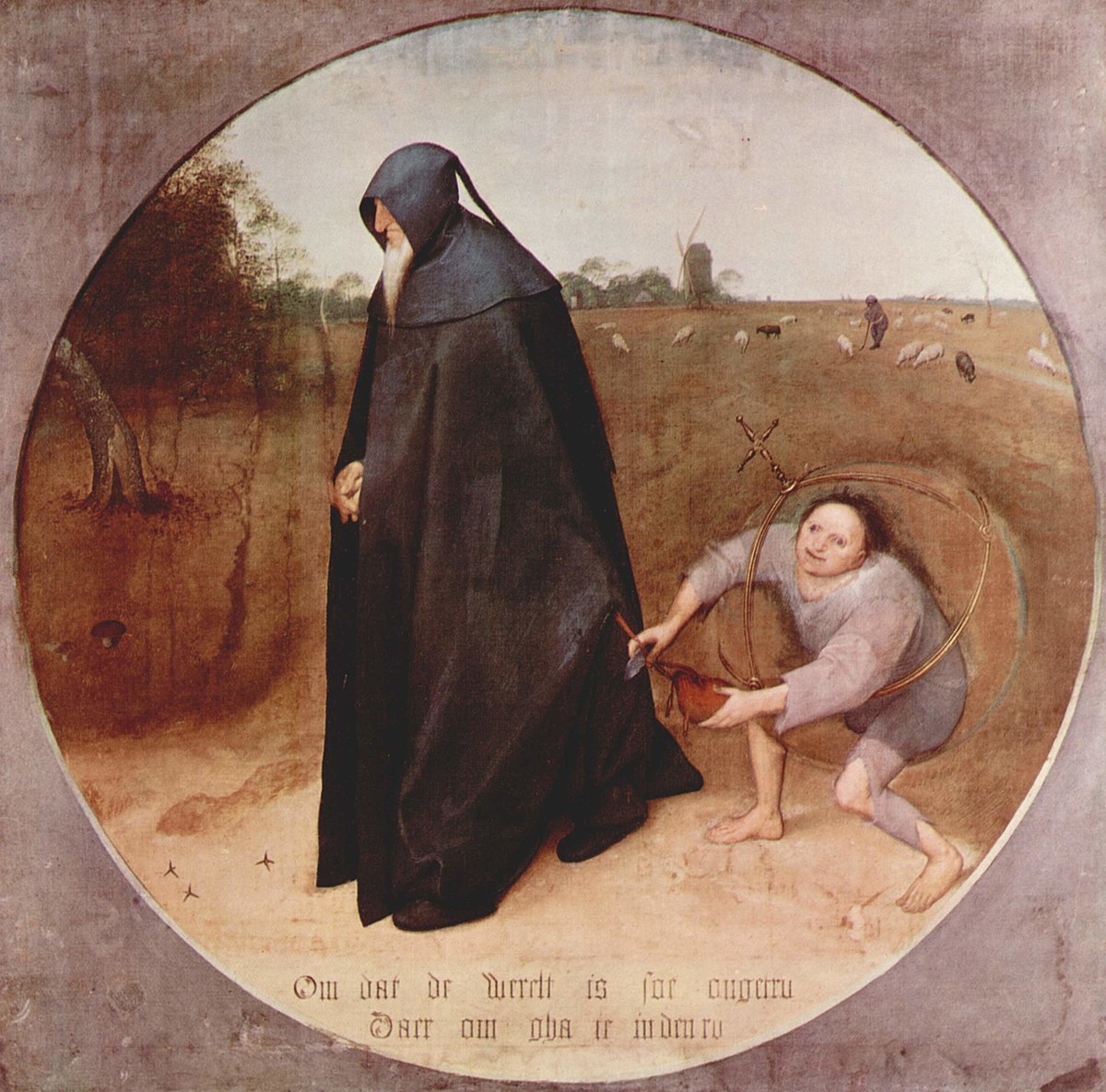 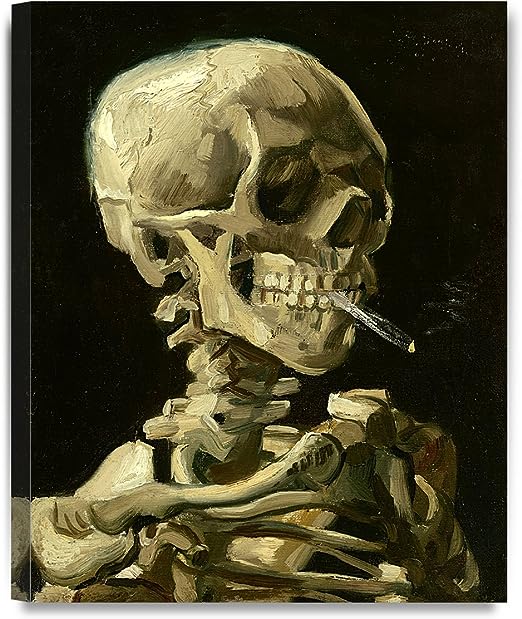 In 1995, U.K.-based American artist William Utermohlen was diagnosed with Alzheimer’s disease. This is a difficult diagnosis and illness for anyone, but before his death in 2007, Utermohlen created a heart-wrenching final series of self-portraits over the stages of Alzheimer’s, which lasted roughly five years. Documenting the gradual decay of his mind, created incredibly stark drawings, which were even displayed to medical students as learning material.
Alzheimer’s symptoms not only include memory loss or dementia and personality changes but it also affects the part of the brain, which is responsible for visualizing capabilities, so crucial for a painter. With Alzheimer’s progressing, the art becomes visibly more abstract, blurrier and vague, due to the loss of the aforementioned capabilities.
An essay by the artist’s widow Patricia explains exactly why these images are so powerful; “In these pictures we see with heart-breaking intensity William’s efforts to explain his altered self, his fears and his sadness.” It’s hard to say whether the changes in his portraits came about due the loss of his artistic skills or due to changes in his psyche but, in either case, they document the emotional turmoil of an artist watching his mind slip away from him bit by bit.
Click to expand... Here's my favourite painting(s) of all time. It's a set of 4 called the Voyage of Life by Thomas Cole, painted in 1842. It's a Christian allegory of the human condition and stages of life. The paintings are Childhood, Youth, Manhood and Old age. They are giant paintings, and are displayed in its own room in the National Gallery in Washington DC, one on each four walls. Ive been over 4 times to see it now and it never gets old.

The paintings itself are vibrant and rich, and the detail and shading are just incredible. They are so large that you can get very close and be amazed just by a single aspect of the painting, like flowers or the boat. They are also filled with symbolism and meaning, reflective of the period of life, some obviously so and some more religious or abstract. And I love that essentially they are all connected via the river, the man and the angel. The title is very fitting. Its honestly breath taking to see it in person.

Iv'e attached the image previews, but this link here really allows to zoom in and see them in HQ - The Voyage of Life This is another epic one, seeing it in the flesh is phenomenal. It's a big one and all the details of the architecture, the army and the sky are done to the minute detail. It's also an epic story; the leader of the Israelites commanding God to hold the Sun so he can continue battling in the daylight. Dramatic.

Look at it in the detail - link Another one of Nerdwriter's video essays about paintings.

John Frederick Kensett had some really good ones.