Gagi said:
Yeah I've seen that about TDU3, just today. I'm not having high hopes - they won't emulate the feel and vibe of the original, and I fear they might overdo it, especially with microtransactions, being too flashy to keep attention and whatever else is trendy these days (just like FH4). I just want it to be a game that I could play if I wanted to have uninterrupted cruise around the island, discovering its great locations without being interrupted by being prompted to jump over a valley or drift or go over a speed limit for a certain amount of meaningful points. I also, of course, want to be able to race if I want to. Customization (but a relatively realistic one) would be pretty cool too!

Don't get me wrong, FH4 is fun because there's so many things to do there, but I don't want another game like that.

Euro Truck Simulator? Nah thanks. Not a fan at all - I prefer cars and not driving carefully all the time.
Click to expand...

Yeah these days it's mostly about hype and flashy stuff. TDU was the more serious, less annyoing side of free roam games, but it gave me more fun than FH3. I think it makes no sense for them to compete with Forza. No chance to catch up. Hope they'll stick to the more serious experience.
Reactions: Gagi

Cyberpunk 2077 and the Remake of Mafia 1 are pretty interesting for this year too.

Katadunkass said:
I honestly can't tell you how many hours I've spend on this game - some of my favourite gaming memories are with this game; Me and five other dudes sitting way to tightly in a small room, sweating our balls off waiting 5 to 6 minutes for our next 30 seconds turn. We could play this game all night and then meet again next evening to do the same thing all over. Seriously, this game is absolutely timeless despite its stiff mechanics. The overall atmosphere, simplicity and tone is a 10/10 for me.
Click to expand...

Long lives hot seat mode. I rarely got a chance to play it with other people, most of my friends preferred pure slaughtering....


Did anyone play Captain Claw? In my opinion, this is the best Jump'n'Run game for the PC. Amazing scenery, great atmosphere, but it gets ridiculously hard later on. I never beat it without using cheats.

Love gaming! This is one of those things that I can never imagine myself quitting.

Currently playing Bloodstained Ritual Of The Night (PS4). A "metroidvania" style game, a successor to Castlevania Sympthony Of The Night. Absolutely love game like this.

After this I might get The Last of Us 2 or Ghost Of Tsushima. Though there are a couple of others I wanna play as well.

I'm honestly just waiting for Cyberpunk 2077 at this point. I only play PC and/or Switch, so unfortunately I can't play Ghost Of Tsushima, but it looks fun.
Currently getting my ass kicked in Sekiro: Shadows Die Twice, but I mix it up with some Grim Dawn and Deep Rock Galactic. 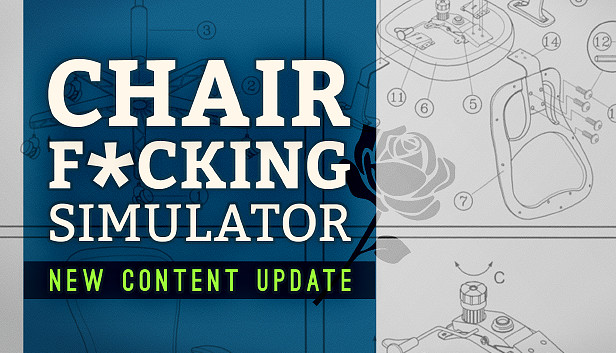 Use our innovative patented funky fresh ChairF*cker simulation tech to meet the chair of your wildest dreams.

To bad there's no VR version of it.... yet!
Reactions: Gijs

Use our innovative patented funky fresh ChairF*cker simulation tech to meet the chair of your wildest dreams.

Anyone played Death Stranding? Can't decide if I want to buy it as the gameplay looks as exciting as my own sex-life (0/10)

Katadunkass said:
Anyone played Death Stranding? Can't decide if I want to buy it as the gameplay looks as exciting as my own sex-life (0/10)
Click to expand...

Haven't played it yet and I pretty much agree with the gameplay observation, but for some reason it has me very curious regardless. I plan to get it when it's available at a sufficient discount price.

Rok said:
Haven't played it yet and I pretty much agree with the gameplay observation, but for some reason it has me very curious regardless. I plan to get it when it's available at a sufficient discount price.
Click to expand...

Yeah, I'm thinking about it as well, but definitely not at full prize. Perhaps on a sale when I have the cash to spare

Playing through TLOU2 just now and really enjoying it (other than how ridiculously loud it makes my PS4 go). Half tempted by Ghost Of Tsushima too

Now I'm playing Guild Wars 2 and PUBG Lite, but my all-time favourite game has always been Quake 3 Arena, especially Defrag mode.
This is a little-known mode but the physics and the idea of speedrunning make it one of the hardest to play.

So I finally managed to finish The Last of Us 2 tonight. Definitely one of the best games I've played in years (even better than Horizon Zero Dawn and God Of War which I also loved).

I'll probably go for either Ghost of Tsushima or Ori and the Will of the Wisps next. I don't know, haven't made up my mind yet. But I've been looking forward to playing both games for a long time.

^Your gf a gamer?

Katadunkass said:
^Your gf a gamer?
Click to expand...

She tends to game every now and then, yeah.

So for the console gamers of Trancefix. Next-gen consoles is pretty much just around the corner, with both PS5 and Xbox Series X expected to be released later this year.
Which console are you going for and why?

Personally I'm all-in on PS5, although I might not get it on release date. We'll see though.
I'm so much more into Sony's exclusives than the ones MS has though, and thats the biggest deal-breaker for me - not the specs. I really can't wait for games such as Spider-Man: Miles Morales, Ratchet & Clank and Horizon II: Forbidden West - and thats just a few of them.

On a related note, I watched the recent Xbox Showcase the other day. Pretty much the only exclusives I had interest in was Forza and Hellblade II.
Knowing myself I might still get the Series X at some point, if it should happen to show up with the right price at the right time (the main reason I also have a regular Xbox One at the moment), but it's not prioritized in any way.
Last edited: Jul 28, 2020

I'm not a console person myself, but if I had to pick one it would definitely be PS5 based on the games alone. XBOX's got like the shittiest exclusives (Only Avowen looks kinda cool). Halo Infinity looks like dog-shit and with pretty much every "Microsoft game" being cross-platform I honestly don't see a reason to buy the new XBOX. The interface is much better and overall software is smoother on XBOX, but that's definitely not why I would ever consider bying a console.

I can't see myself buying a console (PC all the way), but I can't deny the games on PS looks rather tasty.

I'm getting a PS5. I've been a Playstation guy since I started gaming on consoles again aprox in 2009. In my opinion as far as the game library goes (especially exclusives), Xbox doesn't come anywhere near the Playstation and that's been the case for at least the last 2 generations.

I was an Xbox dude for my youth/early 20's and have no regrets. The early Halo's were some of the best online multiplayer games in existence. The UI and controller is also better and thats important to me. But next time around i'm going Playstation... the Xbox One has very bad UX and so many bullshit decisions by microsoft which ruin the platform and overal experience. Microsoft generally don't have a single good product in the last 20 years, they cant even make good computer OS and they've been doing that for 40 years.

As mentioned above the games look better on PS5 now too and you dont have to pay for online (right?). The only thing bad about the new PS5 is that it looks terrible in my opinion. Xbox X looks much better.