Are we seeing the death of progressive trance?

The peak of progressive/deep trance was 99 to mid 00's.....i thought it died a long time ago hehe.
Reactions: Recharge

For me is the genre long dead, already from 2006 or 2007. Not in the way that there are no new great proggy tracks or artist, but just in a way that nobody really cares about this sub-genre.

Sasha and Digweed made a great work to bring this type of music to the masses, but after them there was no new upcoming strong generation of progg artists. Ok, maybe Henry Saiz, Guy J, Eelke Kleijn, Michael and Levan or King Unique, but maybe some of you dont even know these guys.

Just like nobody cares about Happy Hardcore, Schranz or Minimal anymore, so is for me also Progressive House or Trance dead, because there are no references and i dont see any fanbase of the genre beside of the internet.
Last edited: Feb 14, 2021
Reactions: Manofearth, dmgtz96 and Recharge

TRANCEBLASTER said:
For me the genre is long dead, already from 2006 or 2007. Not in the way that there are no great proggy tracks or artist, but just in a way that nobody really cares about this sub-genre.

Sasha and Digweed made a great work to bring this type of music to the masses, but after them there was no new upcoming strong generation of progg artists. Ok, maybe Henry Saiz, Guy J, Eelke Kleijn, Michael and Levan or King Unique, but maybe some of you dont even know these guys.

Just like nobody cares about Happy Hardcore, Schranz or Minimal anymore, so is for me also Progressive House or Trance dead, because there are no references and i dont see any fanbase of the genre beside of the internet.
Click to expand...

Offtopic : I love happy/uk hardcore, hands up and future trance they are basically on one/two radio station and a few artists like Alari still make some. I will always remember fondly the few years where I listened 95% just technobase.fm we are one. As a matter of fact I remember I brief period of time where Stoneface & Terminal made few songs/remixes like this. If you are interested in some good livestreams of happy hardcore check Adrenaline Stompers and Miss Special K on facebook.

This thread and consequently the discussion would be easier if you posted a couple of youtube/soundcloud/beatport etc. examples of what you consider prog trance,

and what it by figure of speech "has turned into" anno now (with a few examples) . I find it hard to pin what you mean.
Reactions: Sleepy Robot, Gagi, dmgtz96 and 2 others

Magnevi said:
Since people use genres and subgenres differently, I think this topic might get no conclusions anyway.
Click to expand...

Yeah its so hard. Anything with the word Progressive in front of it is so tricky, even more so muddled depending on what year you choose as a reference. I don't think there's ever been a clear or agreed upon consensus, the word progressive is too general as a way to define sub-genres within a naturally progressive parent genre. There's no consistency.

I'll try and use tempo as a gauge i.e If its faster than Prog-house and slower than Trance then its Prog Trance. I shouldn't be overly aggressive, but must have enough tempo, edge and maybe melodic flare that it separates from Progressive House, whether thats Breeder or Guy J. Too much melody, bounce, drama or overstated breakdown = Trance? Hmmmm.

Argonout - Your Body Is A Temple, is this Progressive Trance?? ISOS Panama perhaps the perfect example of Prog Trance? How about Tilt - The World Does Not Know? What Makes James Holden Remix of Into The Dawn Prog-Trance and not just Trance?
Reactions: Sleepy Robot and Gagi

jetflag said:
This thread and consequently the discussion would be easier if you posted a couple of youtube/soundcloud/beatport etc. examples of what you consider prog trance,

and what it by figure of speech "has turned into" anno now (with a few examples) . I find it hard to pin what you mean.
Click to expand...

I guess in my mind it was a bit of umbrella term always.

On the other hand Marco V I always considered tech trance, but another guy that made some techy sounds also made some progressive trance? and/or house or both - Marcel Woods.

I guess I am on the wrong when I consider Super8 & Tab and Cosmic Gate on the progressive side with a bit of tech influence as they are more into what some people refer as trouse or commercial.

As some people dislike the Anjunabeats example here is another - Kyau & Albert made a switch to progressive a long time ago so did their label Euphonic, but even with them I see a definite switch lately to slower deeper sounds that are closer to todays progressive house.

In a way I think todays prog trance is getting merged with todays prog house. Something that was happening for ever I guess because the two styles are so close and according to many people prog house emerged/evolved from dream dance/trance. But they always had difference and bpm being one the most noticeable ones. Although from what I see progressive house 2000-2010 and even + or at least what I find classified to that also had a lot of 128 bpm songs that started getting slower in time. My guess is now trance is following the trend.

As a said I might be wrong specially since I use prog trance as umbrella term, but everyone notices that we are getting into deeper chiller versions of both prog trance and house for years and with clubs closed there is no demand for faster songs. Keep in mind I am not a native english speaker and sometimes its hard expressing exactly what I mean.

If I dive deeper I guess prog house also has some subgenres
1. darker, slower, deep sounds - think Stan Kolev
2. commercial like Avici
3. closer to prog trance maybe even one and the same with prog trance

And the way I see it 1 and 3 are getting merged into one style with number 3 being a lot of the prog trance. So I am not saying it will disappear but it will fade away to obscurity.
Last edited: Feb 14, 2021
Reactions: Sleepy Robot

would you consider this prog trance or prog house?

jetflag said:
would you consider this prog trance or prog house?

I am not sure sound more like something heavier - I consider typical modern prog house darker, deeper and melodical. This sounds more tech influenced. For me its neither, there is a bit of acid bassline. But doesn't sound like modern acid trance. Another thing that I guess it needs mentioning is that 90's classic trance was much more heavier and rave-y than modern.

The further we dig the more complicated it becomes. Also I see a lot of styles and artists cross each other these days taking influences from different style. I myself am learning how to produce other styles before I start trance in other to be able to make more varied music rather than the uplifting we get today.

An example of modern acid trance for me is:


One thing I love in modern trance that in some ways its much more melodical than classic. This has some more melodical trancy parts but also some techy acid parts. I am puzzled, its maybe both with some tech influence.

jetflag said:
would you consider this prog trance or prog house?

Thats a rather cool track. Missed that one.

Daysleeper said:
Thats a rather cool track. Missed that one.
Click to expand...

I was going to make an edit of my last post. But this is the best example, a song from 2010. I was surfing classic trance forums and got reminded (funny thing how the brain works) of some old post on a forum I checked some years ago about some outraged prog house fans about trance fans trying to claim one of their greatest anthems. Now I definitely consider that one trance, but its put as both trance/progressive in beatport for example. So I guess to some degree it might be both.


Trilucid released a new song/version last year. This was the example I needed. Its much more atmospheric, darker, slower, deeper - PROGRESSIVE even if its put as melodic house & techno. Also you can see the evolution between them with 10 years difference.

I did, but not well enough

@Daysleeper what defintion or tracks would you consider to be Progressive Trance? Just curious

These days im not sure what i would classify as progressive trance. Seemed a bit more defined back in the day, then all thing just became progressive singular. Its a big mess these days. I woudl suggest a big reset of genres, and also to producers: dont make trance or any music in a specifc sub-genre, instead focus on comoposition and try to make interesting music. Its like producers think in templates of different sub-genres/styles.
Last edited: Feb 15, 2021
Reactions: Sleepy Robot, Recharge, Hensmon and 1 other person

Id say it has gone, mainly because its never existed. Thats right. All Trance is essentially progressive. Progressive Trance is Trance, if its fast and more intense its gonna be Tech or Uplifting. If its slow then its prog-house. Out of all of those genres mentioned none put 'progressive' structure ahead of any other, they all do it.
Reactions: Recharge

For an individual it may feel like its dead because the specific era they really loved came to an end, and it evolved into something else but the genre lives on, just as a different animal.

Progressive trance had many eras since the 2000s/late 90s and many different sounds.

"Progressive" is nothing to do with track structure, although it seems to be a common misconception. 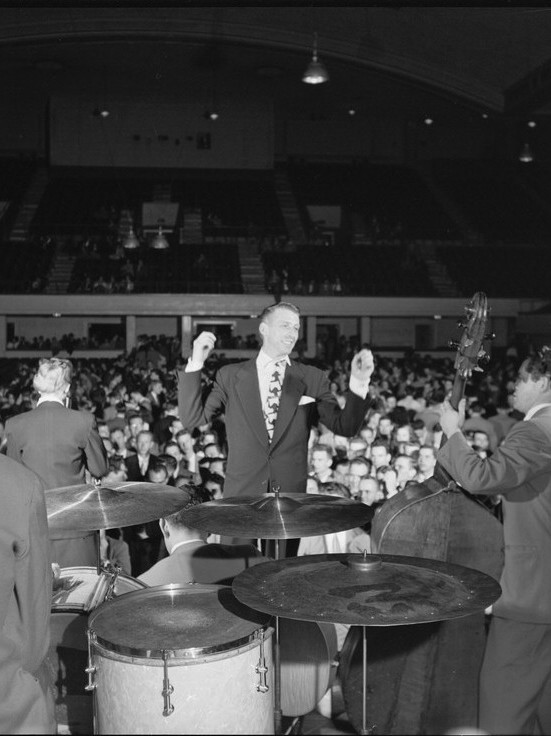 Progressive in musical terms is appended to a genre that moves outside of its typically accepted characteristics. "Progressive rock" probably being the most obvious example. People needed to acknowledge (either to make finding/buying music easier or for the sense of superiority) that, while stemming from the same scene, fans of the original genre are not necessarily going to be fans of this newer, experimental version. The differences between rock/prog rock and house/prog house are pretty much the same, and so progressive house had a legitimate reason to be coined in the early/mid 90s.

Whether you can call something that has been around for 20-30 years - and barely moved on in the last 15 of those - "progressive" is debatable, and the answer is probably no. Perhaps this would be time to label it post-progressive house.

Progressive trance has never really existed, I can't think of any DJ that has branded themselves this way and been accepted as such.
Last edited: Feb 19, 2021
Reactions: Recharge, Hensmon and Gagi

I've always thought of the term progressive as in "the track slowly progresses", which like Exodom also said, means it's a bit silly. Since any song progresses in some way...