Plot twist: This isn't the original mix, instead it's the Three 'N' One Mix. They just happened to be using this for the video, also I think it might have been the most popular version.

Actually I believe there's not any version entitled "original mix". If anything though, I think the mix by Kid Paul might be the closest thing we come to an original mix, knowing that Kid Paul is behind the Energy 52 name.

Wow, I completely missed this thread.

I've shifted between the Kid Paul mix and this as my favorite version of Cafe del Mar, but frankly the Three 'n' One remix tends to win.
The first 2:10 minutes are fairly normal and don't tell much about the track itself. Then, that little section without high hats pops up, and you can hear snippets of the lead synth with what I can only assume is a lot of reverb. The track really starts to shire around the 4:49 mark, the start of the breakdown. Without spoiling it too much, I hope you can realize by yourself why this track was the #1 in Mixmag's "best 100 tunes" list from 2001, and why it was voted the best dance track from 1991-2011 by BBC Radio 1 listeners.
The craziest part is that, in retrospect, it doesn't sound commercial or cheesy at all. Maybe it would sound cheesy if you've strictly heard early '90s intense rave music, but from a 2020 perspective it's just a fine dance track that doesn't feel like it was made to pander to the masses of its time.

The Heritage Orchestra covered the Three 'n' One remix live for the Radio 1 Ibiza Prom in 2015, and it's just a delight to hear.

Nothing beats the John 00 Flemming mix.

I have to agree with you @Daysleeper , that's one of his best tracks and one of the more unique takes on Café Del Mar - Love it!
H

Yeah come on, knowing that the Three n One Remix came several years after the original is on the trance entry exam isn't it?

The original CDM melody was based on a piece of music called 'Struggle For Pleasure' by Win Mertens:


..and this was later covered again by Minimalistix, with a fantastic Filterheadz remix that really deserves it's own thread but could also be effectively considered as a CDM remix:

In 2002 when the track was re-released with the Marco V, JOOF and Three n One update remixes, there was intended to be a vocal version of Cafe Del Mar. Hence why Three n One made a new update that, in the end, was barely any different to their first effort. Around this time lots of previously instrumental trance tunes received the same treatment - as a side note, apparently Push stepped in personally to block Inferno from releasing a vocal mix of 'Strange World (Into The Sky)' - although this one made it out on promo and is on Youtube (it's awful). Anyway, somebody somewhere along the line decided that this might not be such a good idea with Cafe Del Mar and so it was dropped. The vocals were later re-used as 'Kansai - Remember This Night'.

Tony McGuiness (who worked as a label A&R) was one of the few people who had a copy of the demo vocal version, and played it on a very early episode of TATW:

Hot Tuna said:
as a side note, apparently Push stepped in personally to block Inferno from releasing a vocal mix of 'Strange World (Into The Sky)' - although this one made it out on promo and is on Youtube (it's awful).
Click to expand...

Oh, tell me why ~
Do we build castles in the sky?
Click to expand...

(I haven't heard the actual track, this is what I imagined and it's awful).
Ironically, more modern vocals would suit Strange World better. Imagine Billie Eilish vocals over it!

I've only just picked up on it but it sounds like J00F also added the pad/strings (that play in 1/2 time compared to the original) from the Michael Woods ambient version into the mix.
Reactions: dmgtz96

Hot Tuna said:
The vocals were later re-used as 'Kansai - Remember This Night'.
Click to expand...

This some cool trivia man, i had no Idea. And actually I love the Kansai track, especially the ambient version.

And also that Minimilistix/Filterheadz track is great. You can hear a touch of the Wim Martens track, but love that its subtle and amongst the groove. Excellent share.
Reactions: dmgtz96
M

Three and One mix is my choice although when in the mood the Fleming mix is right there.

I used to like the 3N1 mix, that Fleming mix is even better! Also liking the live orchestra version.
Reactions: dmgtz96

Nalin & Kane Remix from 1997 is my favorite version

The story behind this massive classic!
Reactions: dmgtz96
H

If you ever interview Three N One/Ben Lost/Tony McGuinness, can you ask more about the vocal version, whose idea it was and who stopped it getting released?
Reactions: dmgtz96
D

Like, I have seen the video before and knew about the guy with the suitcase, but somehow I never noticed: 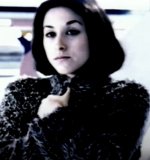 Hot Tuna said:
If you ever interview Three N One/Ben Lost/Tony McGuinness, can you ask more about the vocal version, whose idea it was and who stopped it getting released?
Click to expand...

Sorry I'm confused, which version are you talking about? Maybe something I'm not aware of hehe..... If I will ever interview Tony it will be about one of their own tracks btw, same with Three N One. I don't really do vlogs about remixes. Plus artists rather talk about their own tracks instead of a remix they did for someone else. And especially if it something that never got a release (which I guess is the case here, right?).
I always focus on originals, big hits / famous classics. These interviews take a LOT of time and this is just a hobby for me, so if I do interviews about lesser known / more underground tracks, the interviews don't get as much views / attention as I want, which is a bit a waste of my time as you might understand ;-)

New interviews in the works btw! It hasn't been that easy now with COVID, so it will be mostly Dutch producers / artists for the next weeks (And still 2 I have to edit / post from my trip to Frankfurt!)
Reactions: dmgtz96
H

Muzikxpress said:
Sorry I'm confused, which version are you talking about?
Click to expand...

The unreleased vocal of mix of Cafe Del Mar, as discussed further up in this thread. It was supposed to use the vocals that later became "Kansai - Remember This Night" for the 2002 Lost Language release, but that was cancelled. Tony McGuinness is the only person who has ever played it (TATW006). It's a pretty interesting story about the most famous trance record of all time, if I ever got the opportunity to speak to these guys I would definitely want to get a bit more info about it.
Reactions: dmgtz96 and Muzikxpress
You must log in or register to reply here.
Share:
Facebook Twitter Reddit Pinterest Tumblr WhatsApp Email Share Link
Top Bottom