TranceFix's review of the debut album from SFST, Straw Man, released on Solarstone's new label Electronic Architecture. Read our Interview with him here. 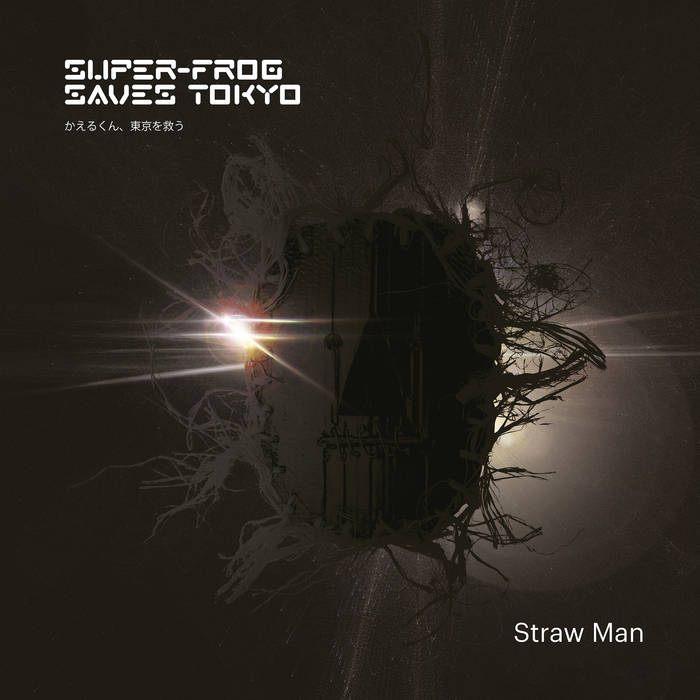 
Debut albums are always interesting moments in a musician’s career, allowing producers to introduce themselves to the listeners for the first time, offering a culmination of their many different influences and identity in a much more considered way than we’d usually get with singles or EPs.

For the review of Super-Frog Saves Tokyo’s album Straw Man, we wanted to focus on that culmination, putting aside specific track descriptions - about how track X reminds us of summer evenings past - and instead choose to focus on the question of what makes an album great, and asking where does Straw Man sit when answering that?

If one thing can be said straight off the bat it’s that the album acts as a true reminder of the familiar adage ‘the sum of the whole is greater than the individual parts’; that a great album shouldn’t depend on a selection of stand out tracks but instead run together in a way that leaves an impression based on the success of the complete experience.

Straw Man embodies this perfectly, clearly having its own cohesive identity which manages to bring together some of Trance’s best tracks in recent years (prior single releases such as Kyoto and Ark), working those big standout moments amongst more atmospheric or unorthodox tracks that help move the listener through the various ups and downs.

It’s a welcomed slap in the face of genericism that has been such a recurring problem within today’s scene, instead, becoming a wonderful antithesis to that trend, with a truly interesting album that feels both grounded by 90’s influences while also offering something completely new and modern. We loved the combination of beautiful synths, industrial grittiness, ambient atmospheres and unconventional arrangements, something not easily pulled off in combination. Solarstone used the term ‘Modular Techno’ in one of his Pure Trance radio shows, but we think the term ‘Modular Trance’ is more suited, and reflects that unique perspective Straw Man is bringing to the Trance scene, which is so desperately needed.

After listening to this album a number of times, two things stuck out the most:

The first is that the album feels like we went to Dave’s (Super-Frog Saves Tokyo’s) house, and he played us his favourite records. “This is what I love, have a listen.” Pure, unfiltered Super-Frog Saves Tokyo. Music from the heart. It’s so easy to imagine Dave as a small kid, fiddling with synthesizers while having a big smile on his head all the time during the production of the album. There are definitely some sounds that do feel were a little too disjointed, or maybe that something extra was missing, but ultimately we didn’t care… This wasn’t made for us. This was made by, and for Super-Frog Saves Tokyo and that’s what drives the experience.

Secondly, with only a handful of singles in the past few years, this guy sounds like he has been doing this for years! Just listen to Kyoto, his first single. Absolutely amazing. Perfect attention to detail, and just overall a lovely piece of work. Dare we say a future classic and one of the strongest debut tracks. Ark also brings insane amounts of energy and class and all the tracks on the album offer that mature production touch and track content.

It was very easy to connect to the tracks, a lot of different and diverse sounds are presented, but still keep your attention. The musical content isn’t masked by complexity, structure or style; it feels like raw, uncompromising inspiration and one that gets more interesting the more you listen to it.

It’s worth mentioning that in an overly saturated music scene, a musical undertaking like this might seem too niche, unwanted, or even too risky for labels. Investing in promotion and physical copies of a debut album by a relatively unknown artist is not something we often see, so we absolutely have to take a bow to the new Electronic Architecture label and Solarstone in general for backing this. Solarstone has been supporting awesome music for what feels like an eternity now, continuing to bring us newcomers with fresh ideas.

This is something we feel is important and should be pointed out. Artists need the support of the big labels - if labels don’t take risks with new sounds and ideas, neither will the artists. We need more variety of expression in the scene, it helps move it forward.

Returning back to the question of “what makes an album great”. We’d say it’s something you haven’t heard before, something that makes you feel something you haven’t felt before and something that brings all that together as one. In Straw Man’s case we feel that might be described as excitement, intrigue, or even a feeling of renewed optimism and hope, that there are still producers like this out there, who have something of their own, and want to share it with the world without compromising their identity, or being bound to the shortcomings and norms of the current scene.

The album is available in most stores and streaming platforms. Support SFST and buy the album on Bandcamp. You can also find the album on Beatport, Soundcloud, Spotify, among others. Keep up with SFST on Facebook, Twitter and Instagram.

Good review, I will be listening this week
Reactions: Gagi

Thank you for taking the time to write such a thorough review. The track "Kyoto" in particular appealed to me.
Reactions: Gagi

On first pass of the album I would agree it feels like a whole experience and very custom to the frog. Industrial and modular were good words to use. I would have liked it longer and with more Trance but it has enough to make me come back.
Reactions: Gagi

One extra thing I would add is that the early single releases definitely took away from the first few listening experiences for me. It does make sense to drop singles in the build up to an album for exposure/hype, but usually thats 2 or 3 of the commercial ones, with the rest of the tracks on the album actually being stronger and longer lasting, even though they are not as catchy. Think RHCP By The Way where Cant Stop, Zepher Song etc are released first, have good impact, but dont stand up against the other non-singles when enough time passes.

In Strawman's case, Kyoto, Air Brake, Ark and Black mountain are both the singles AND the highlights/best parts of the album... but I had already listened to these 15+ times before so I didnt feel like I was being blown away by anything new when I listened to the complete experience. I can only imagine how impressed I would have been if I had heard the entire album fresh with those monumental tracks sandwhiched in between the experimental, ambient, modular stuff that glues the album together.. Tricky one to get right because without releasing the best tracks first maybe you have less interest in the album and dont pick it up. Don't know... I think the single game is artifact of the past now, (for edm) or at least should be done much closer to release.
Reactions: Gagi

It's even trickier when it's a debut album. But were there plans for an album when Kyoto was released? Not sure...

I'm with you on this though, maybe the solution is to not include already released stuff on the album if that's possible? That's easy to say, but hard to do though. Would've loved to be blown away by Ark at the end of of the album like I was when it was released. Then the album would be a much more emotional experience for me.

Still, I stand by my thoughts in the review. The album is fantastic, and I hope there is somebody out there who hasn't heard anything from SFST so far.

Really enjoying these comments and I feel very similar.

In a perfect world the album would've dropped with no prior singles etc. and it was pretty much ready 18 months ago, but Covid hit and we weren't exactly sure how/when the world would recover.

So we drip fed a couple of singles here and there.

I'm.definitely listening and the next releases/release could potentially be an EP/a run of exclusive singles, or maybe just the whole lot dropped completely out of the blue.

Great feedback, though. Thank you. Its really interesting to hear the opinions of others.
Reactions: IXM, Vicmarran, Juna and 4 others

Good review and good album, not much else to add. Ark is my favorite but also beautiful surfaces I liked a lot.
Reactions: Gagi

The album is not like anything I heard before in Trance which is cool. Higher is a great track and the album has a very atmospheric feeling in many of the tracks. I like them a lot and wanted them to be longer with extra trance treatment, such as Lament and Petrichor because it has really cool sounds that would be nice change for Trance music. It is the album of the year so far.
Reactions: Gagi

Gagi said:
It’s a welcomed slap in the face of genericism
Click to expand...

I would agree with that. Kyoto and Ark especially.
Reactions: Gagi