Couldn't believe this thread wasn't already started, so here we go.
I'll start it off in style, with this freshly released masterpiece!

Haven't heard much from this genre, but I thought Fretwell's productions were really nice.

All three are from 2003-2004. Excellent for gaming or any kind you want a spacey, futuristic vibe.
Reactions: Sleepy Robot, SecondNature and Electronlyman

Some of my favorite Progressive Breaks Tracks -

Discovering new prog breaks track isn't as easy as few years ago. It's no longer on Beatport subgenre filter
Sometimes you find it under progressive, house, techno, electronica, leftfield, and even chill out category.

No Moon - Set Phasers to Stun

Haha @Uplifted you are cheating with the embed limit, by spreading it over two posts. You sneaky little devil. The reason we have set a limit on embeds as we find that massive Youtube heavy posts can be a bit off-putting and actually users are less likely to engage with them in general (we've had this feedback). It's the same reason we put a limit of posting in the classic release section, so users don't thread dump and kill engagement. Generally we are trying to push the quality over quantity mantra anyway, so I guess it also aligns with that. Personally I much prefer a user posting 1 or 2 tracks, and maybe saying why they are posting or what they like about them, then 10+ tracks (which i'll almost always ignore).
Last edited: Sep 22, 2020
Reactions: dmgtz96 and Gagi

Yeah agreed. We appreciate you trying to share quality music we all love (especially in a music-sharing thread), but Hensmon is right. We've had this feedback, and it really aligns with how we're using the forum as well. That's why the limit is there - and if we didn't have upcoming releases section, we would've limited it to 3. This doesn't only apply to you personally though (nor are you the only one who does that), it applies to all of us.

With a lot of music being shared in a lot of threads, it's really hard to keep up and sort through everyone's suggestions - especially when you have a broad taste in music and everything interests you - like you and I, and generally most of us here have.

So instead of diving straight in, I'm personally put off and don't even start because it is a bit overwhelming. And then there's the fact that around 8 tracks in the trance/techno/house genres last a full hour. It takes a lot of time to just listen through them, especially if you want to do so attentively.

Of course, there's always the discussion component. Mass-posting kills it. Say you have a page of 20 posts with each containing 5 tracks (we'll use the current limit as a ceiling; worst-case scenario). That's a 100 tracks. It's hard to keep up with less than 50, even.

Anyways, here's a breaks track I consider to be one of the best.

Conjure One feat. Sinéad O'Connor - Tears From The Moon (Hybrid's Twisted On The Terrace Dub)

I have slight issue with the definition of progressive breaks. I mean, what makes breakbeat progressive really? To me it bit feels like a genre where you put everything breaks related which you cannot quite put into another subgenre. Usually it seems that it is a fusion of two genres, often in these forums it is breaks done by trance (or house) producers. But what is that "progressive" part really? This is probably the reason why @erickUO has problems finding this kind of music.

Enough nitpicking, after all that I must say I love this stuff.

I guess you could probably put entire Hybrid discography into this thread. Three first albums (Wide(r) Angle, Morning Sci-Fi, I Choose Noise) are superb. I also loved their mix compilation including for an example this

Some of the more trancier side from top of my head

Quethas said:
To me it bit feels like a genre where you put everything breaks related which you cannot quite put into another subgenre.
Click to expand...

That's just the definition of "progressive," even for other genres. Take progressive trance and progressive house... the tracks for those subgenres changed over the years, and they generally share elements with multiple other subgenres.
Last edited: Sep 23, 2020

That remix of Aurora is insanely good, was waiting for someone to mention it in this thread
John 00 Fleming himself was inspired by this, with his track 'The Astrophysical Nebula'.

Track that got me into prog breaks.
It has all I like about trance, minus the cliches.

That Planisphere remix, Yadek track are awesome!
@Bluemoon I know this one, really good as well!
Reactions: Bluemoon

A bit stretch, but I can see this electro track on a prog breaks or even a trance set. The melody sounds Orkidea-ish.
https://soundcloud.com/hypno_groove%2Fpremiere-sound-synthesis-floating-away-eudemonia
Reactions: Electronlyman

Can't wait to pour through this thread. I've got some older tracks and history on my Progressive Breaks list here. Quite a few.

Progressive Breaks (sometimes called other things like breaktrance or ambient breaks) was a very narrow style of breakbeat tracks that existed seperately fro... 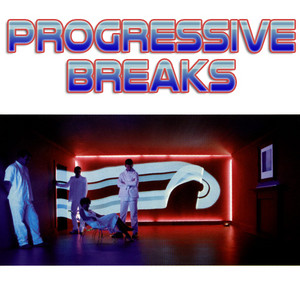 Voyager - Someone Else (Voyager's Navigator Remix)

erickUO said:
A bit stretch, but I can see this electro track on a prog breaks or even a trance set. The melody sounds Orkidea-ish.
https://soundcloud.com/hypno_groove%2Fpremiere-sound-synthesis-floating-away-eudemonia
Click to expand...

OMG this tune is amazing!! When you click play, you're not expecting it will be that good of a ride!!