Just finished(binged) Solar Opposites this week, from the creator of Rick and Morty and he voices this one too. I find his voice so hilarious...

Created by Mike McMahan, Justin Roiland. With Justin Roiland, Thomas Middleditch, Sean Giambrone, Mary Mack. A family of aliens move to middle America, where they debate whether life is better there or on their home planet. 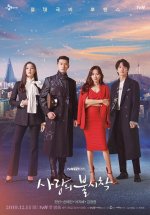 Crash Landing On You, one of the most successful Korean dramas ever 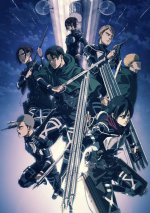 Attack on Titan
I'm so hyped for season 4!

dmgtz96 said:
Attack on Titan
I'm so hyped for season 4!
Click to expand...

Might be my most anticipated series in the near future. REALLY LOOKING forward to that shit!
Reactions: dmgtz96
D

Gagi said:
These Korean chicks are gorgeous!
Click to expand...

Honestly, Crash Landing was really cool. It's pretty accessible for Western audiences, and yet the North Korea / South Korea story is the kind that could only be told in Korean media. You know how some anime series (ex. Fullmetal, Code Geass, Attack on Titan) and video games (Dark Souls) receive acclaim because they tell stories in the way that only their medium can? Crash Landing is like that but for kdrama.
I'd totally recommend. The first episode is nuts and some of the CGI/special effects are really cheap, but overall it's worth it!

Pfff, gotta go to South Korea and get myself a wife there. 38 and looking 18. Do they love white guys there?
Reactions: dmgtz96
D

Gagi said:
Pfff, gotta go to South Korea and get myself a wife there. 38 and looking 18. Do they love white guys there?
Click to expand...

Lol I mean, maybe? I think it's one of the more likely pairings that isn't Korean/Korean. Definitely see that in the US every now and then - one of my friends from college was like that.

It's an animated comedy/drama series about a washed-up actor and comedian BoJack Horseman (who's a horse-man, of course), and it starts with BoJack trying to revive his career by writing a book about himself.

Only just wrapping up season 2 (out of 6), but I gotta tell, it's amazing. Season 1 is there for getting to know the characters; it's kinda slow-paced, but funny, eventful and keeps your attention. But season 2 is just something else entirely. So, so dark and depressing. And I'm told it gets even more depressing as the seasons go on.
Click to expand...

Oh god, finished this last night. 2nd to last episode just shook me. There were some dark moments throughout the series as well, as well as some episodes that were just incredible in every way, an achievement basically. This wouldn't have been possible if this hadn't been an animated series.