To all Barca fans out there 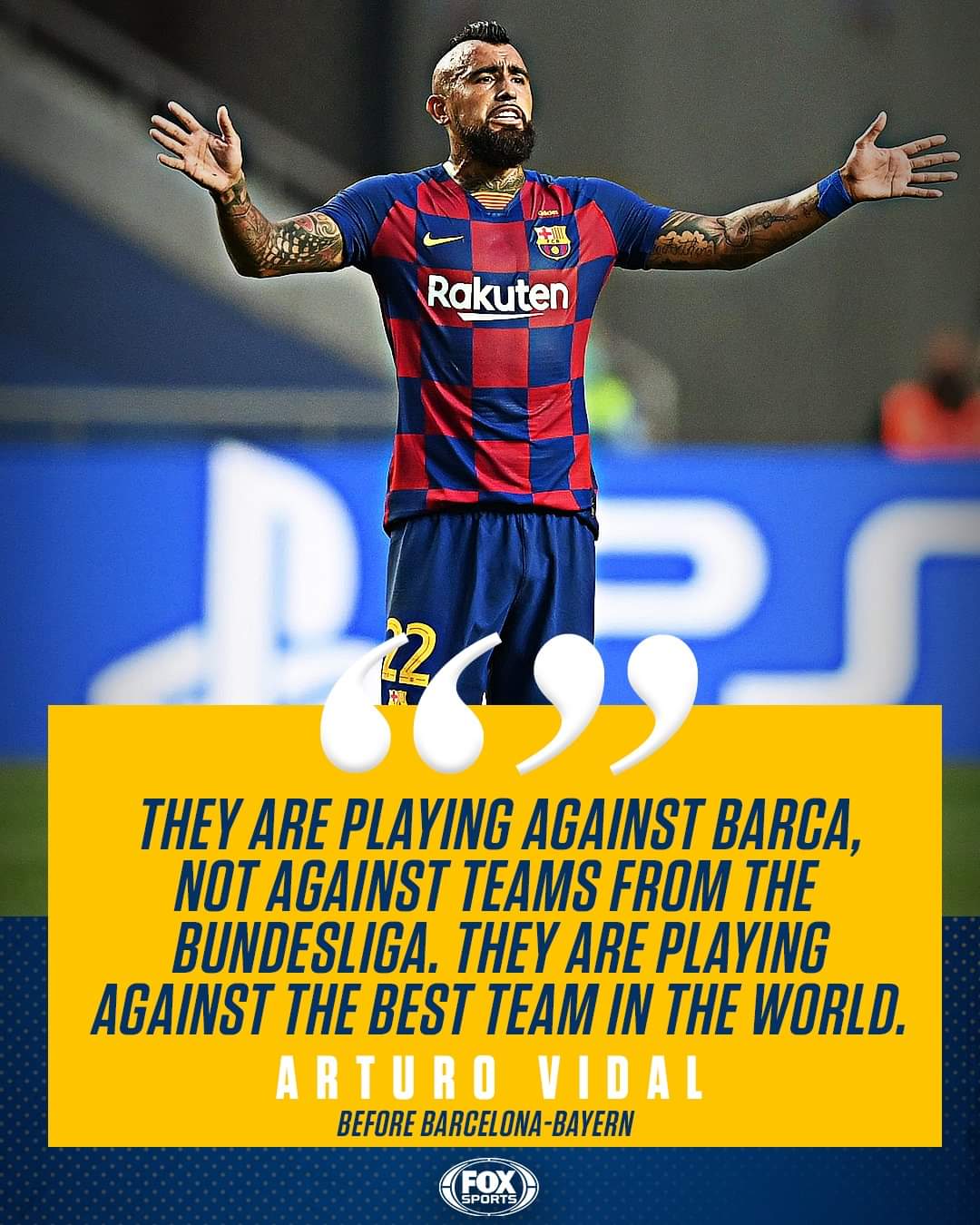 I have completely forgotten that Liverpool was kicked out by Atletico, I don't know if I have even watched that back in March.

So many heavy hitters out this year. Obviously Bayern look to be clear favourites, but you never know! That Sterling miss last night...agonising for the guy, I feel for him.

How amazing would Lyon vs Leipzig final be? Even though Leipzig are considered a rich club and are universally hated, they hardly have expensive transfers; instead, they develop players through their networks of academies, and sell to richer clubs (Keita, Werner). They also play great, dynamic football - especially under Nagelsmann. So great to see such a young coach get success, and kudos to him for going through by attacking constantly, even stronger clubs such as Atletico.

Lyon, based on last night's performance, are also dangerous - they can sit back, chase the ball all night long, and in the end finish you off with a quick counter.

Unfortunately though, the big money is going to prevail, and I envisage PSG and Bayern being too much of an obstacle for these two. I expect Bayern gliding past Lyon - not because they destroyed Barca, but because their style of play will be just too much for Lyon. They also look far more dangerous overall, compared to City, far more clinical and direct. They also had a hell of a run since Flick took over.

The weight of the occasion will be too much for Leipzig as well. Also, PSG has world-class players, and Tuchel can outsmart Nagelsmann, even without the gap in quality of players at their disposal. If the Atalanta match showed us anything, it's that it takes only a few minutes and lapses in concentration, and you're done.
D

Do you enjoy watching the CL without the crowd? It completely ruins the atmosphere for me. Highlights are all I can bear these times.

definitelynotadj said:
Do you enjoy watching the CL without the crowd? It completely ruins the atmosphere for me. Highlights are all I can bear these times.
Click to expand...

I have the crowd noises on, but yeah it lacks much of the drama without the crowds. The best games are the ones where the crowd is impacting/influencing the passion and tempo of the game.

It's nowhere near as engaging without fans, but honestly in the end I'm just happy there is football to watch at all.

Rok said:
It's nowhere near as engaging without fans, but honestly in the end I'm just happy there is football to watch at all.

Yeah. Better than nothing. Sometimes I don't even notice or pay any attention to it, but that's easier said than done when you're a fan of Borussia Dortmund.

Anyways, the Germans are considering a partial return of the fans to the stands for next season!

Great piece of business for Manchester United. Really excited about this guy...
A

Glad to see this thread. Football is the shit.

It is true that fans and crowds in the stadiums are the soul of football. It is unfortunate that the situation is like it is, but I cannot wait to see the stadiums being full again. At least here in Finland there is some attendance accepted so lucky us.

The big leagues start this week, but for some reason I am not as hyped as usually. Maybe it was the weird schedule that continued the league games and UCL during the summer time and there has not been any summer break. But I guess when the games start I feel differently.
E

I don't follow any teams in my own country, but love watching Premier league. This season so far has been awesome, even without the crowds. I follow Arsenal, who are not amazing, but showing some improvements since Arteta took over. Happy to see we knocked out Liverpool last night, even if the game was dull beyond belief.

I LOVE Leeds is finally in Premier League again!
Reactions: Hensmon and Gagi

4 wins in a row for Everton at the start of a seaosn...first time in like 50 years or something haha. Good stuff. Calvert-Lewin on fire.

Yeah also love leeds back in @Katadunkass. Feels like the 90's again when I was growing up with football and collecting sticker books

Leeds is on fire!

Dortmund look like they might take something this year. I know, there's the Augsburg match every now and then, but even Bayern are struggling sometimes against the lesser teams. We were so close against Bayern as well, it's not like in the seasons past. We have good players and a long, long bench. I'm really hoping for a trophy or two amidst this chaos.