I can tell you they will work something out. Nobody will be at a loss. I wouldn't discount the new Super League being under UEFA.

A power move and strong-arm politics by the 12 teams for sure, but I don't think they went into it head-first. Those 12 clubs still account for the most of UEFA (& other league's) profits, so they can't function without those clubs. 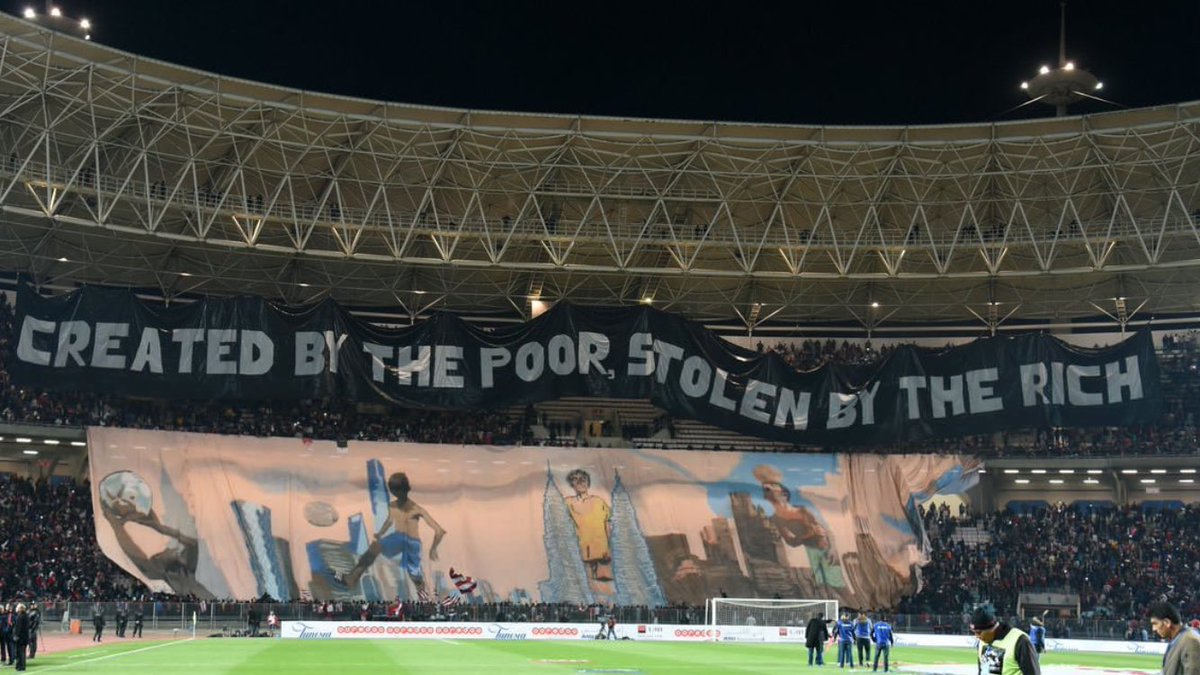 GNev was explosive , but warranted.

VAR and now the greed league.

I'm sticking to rugby league if this goes ahead.

VAR I actually like, although it of course has issues. I want teams to really be awarded goals when they score and taken away when they don't. I want the true winners to be winners. VAR delivers on that, although it's exposed some bad rules and the nature of how hard to create good rules. Imagine if your team got relegated or missed out on a trophy because of an incorrect offside. I'm glad that doesn't happen anymore.
Reactions: Gagi

There are two major downsides to VAR.

1. It kills the flow and interrupts/tones down any cheering because your team scored or whatever. Just kills it. This is valid.

2. You can't blame the refs anymore for big decisions. This is not valid.

That's about it, why people don't like it. I would also like if, like in NFL, refs explained their decision to the entire stadium and the viewers. A simple "the intensity wasn't high enough - no penalty" would suffice.

Gagi said:
1. It kills the flow and interrupts/tones down any cheering because your team scored or whatever. Just kills it. This is valid.
Click to expand...

Yeah it does, but not always, mainly for those goals where offside is very close. People still seem to cheer anyway, but yeah you cant commit fully. I think its a worthy sacrifice if my team picks up 3 points instead of 1
Reactions: Gagi

This SuperLeague might be one of the worst things to happen to football if it actually happens.

I've read the statements from Real's (and SL's) president, who basically said that everybody wins because 12 clubs get richer.

What do you think about Woodward's resignation? @BladeRunner_
Reactions: MDD

Very happy to see the back of Woodward, but whether this ends up a net positive really depends on how the Glazers now play their hand. Do they replace him with someone worse? Or having realized that their end game is fucked, just sell the club to the highest bidder and move on?
Reactions: MDD

Chelsea and City are out, whereas Perez said Real is protected by law against any retribution by UEFA/FIFA/etc., he said he believes nobody will leave and that Bayern and PSG will join once they are contacted (even though both teams' officials have stated they won't).

Also, UEFA seems to be taking a big ($7.5 billion) investment for the UCL, maybe that was the plan all along - for the teams to get a bigger slice of the pie.
Reactions: MDD and BladeRunner_

The whole ownership structure needs to be reviewed and changed. I still think there will be consequences from this but I think it would be harsh on the managers and players who had no idea.

And Perez, off his rocker.

Over the moon Ed is going but I think it's been on the cards for a while. Feels like a scapegoat for the glazers to announce this now.

All English CL. Can't see past city though.

I think anything could happen, especially if Chelsea put in a draw or win this weekend against them. Signs of English football returning to dominating Europe again?

Yeh. Man u Arsenal Europa as well is a possibility.

Prem league has had the money in recent years. Spanish leagues suffering. I think that's why they stayed on the Super League. Barca are riddled with debt, from what I hear. Real, ageing squad that needs to invest in younger talent. Italian league is looking stronger each year.

The Pokal is home!

Dortmand fan by any chance ?


Gagi said:
The Pokal is home!
Click to expand...